We were asked to work alongside a Shop fitting company to carry out the Full Electrical Installation of the V + A new shop.

The existing lighting installation was looking very tired as was not showcasing the merchandise to its Full potential, working alongside the lighting designer and architect we achieved a great lighting scheme using Dali Dimmable Track lighting at high level

The new shelving was constructed by solid metal frame work Led shelf lighting was installed into each shelf to showcase merchandise and controlled with Dali dimming.

Socket outlets and Data outlets were also installed within these units using Wandsworth accessories and having the face plates sprayed to match the Metal unit back ground.

Around the perimeter of the shop lighting lanterns were installed with dimmable Led Tape light top and bottom these were also controlled by Dali Dimming with the added factor of changing the lighting from day light white to warm white during the day.

EDI completed the project on time and a video was uploaded online of the build please see below. 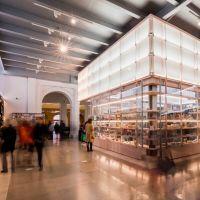 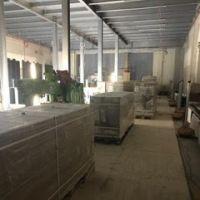 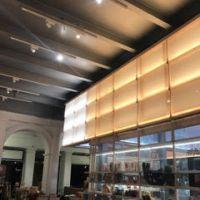 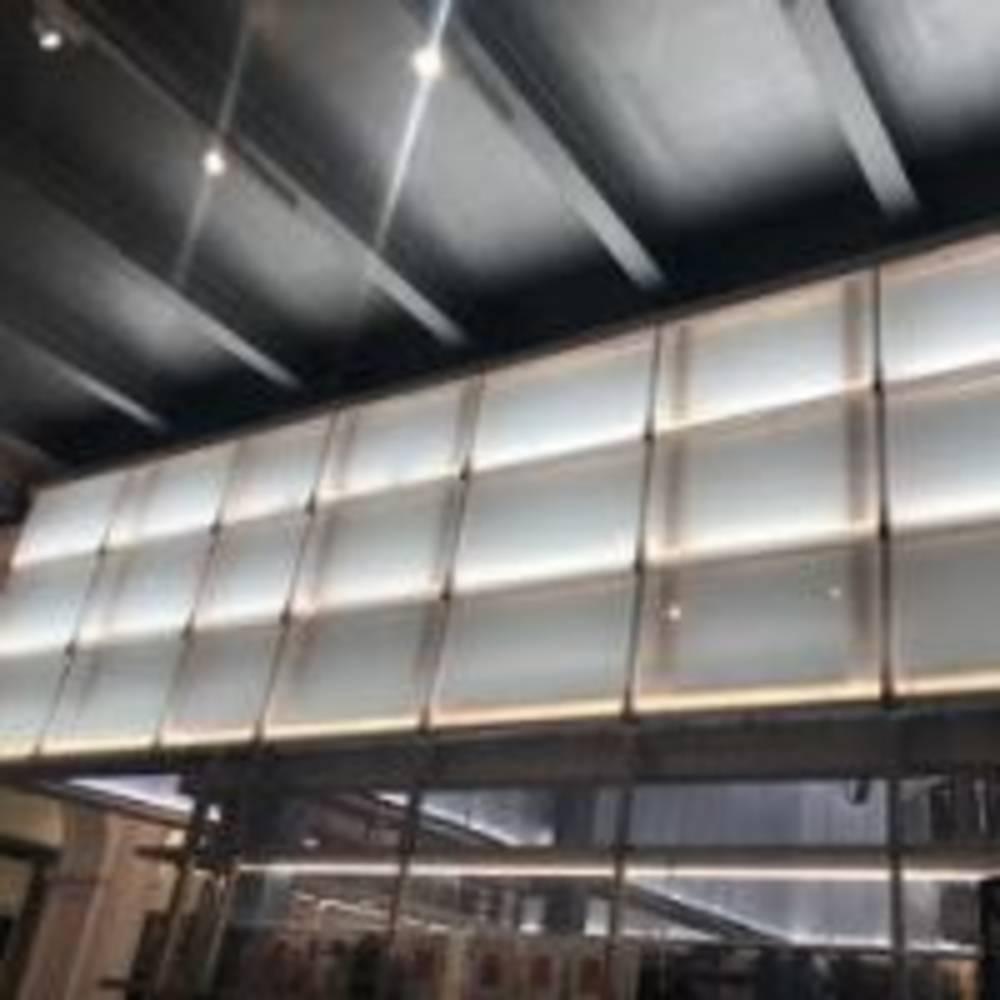 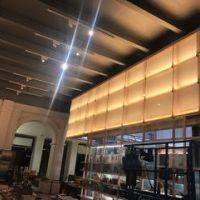 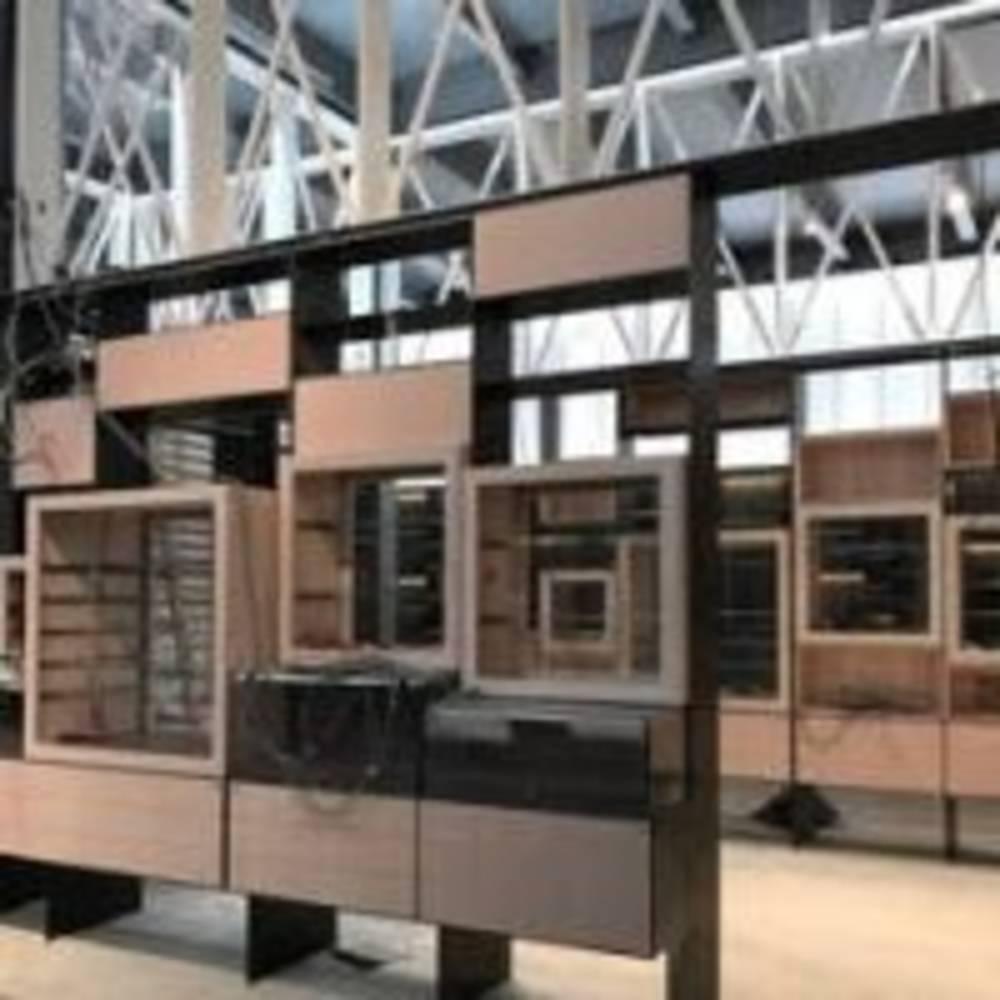 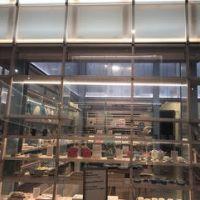 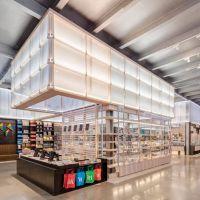 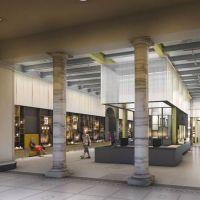 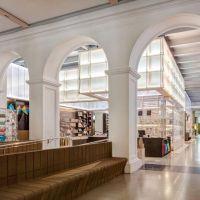 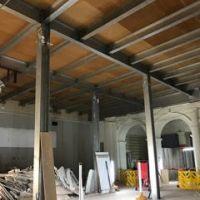 EDI were asked to install A new Submain to the existing office block and to a Mechanical control panel,we were also asked to install a fully Designed Lighting,Power and Fire alarm installation.

The Ground floor consisted of a suspended ceiling which EDI were asked to install 600 x 600 led Panels and install 4 Compartment Dado trunking through out office areas to facilitate Power and Data requirements.

Upon the first Floor EDI were asked install Containment which would be on show, the designer opted for a open ceiling due to lack of ceiling height. 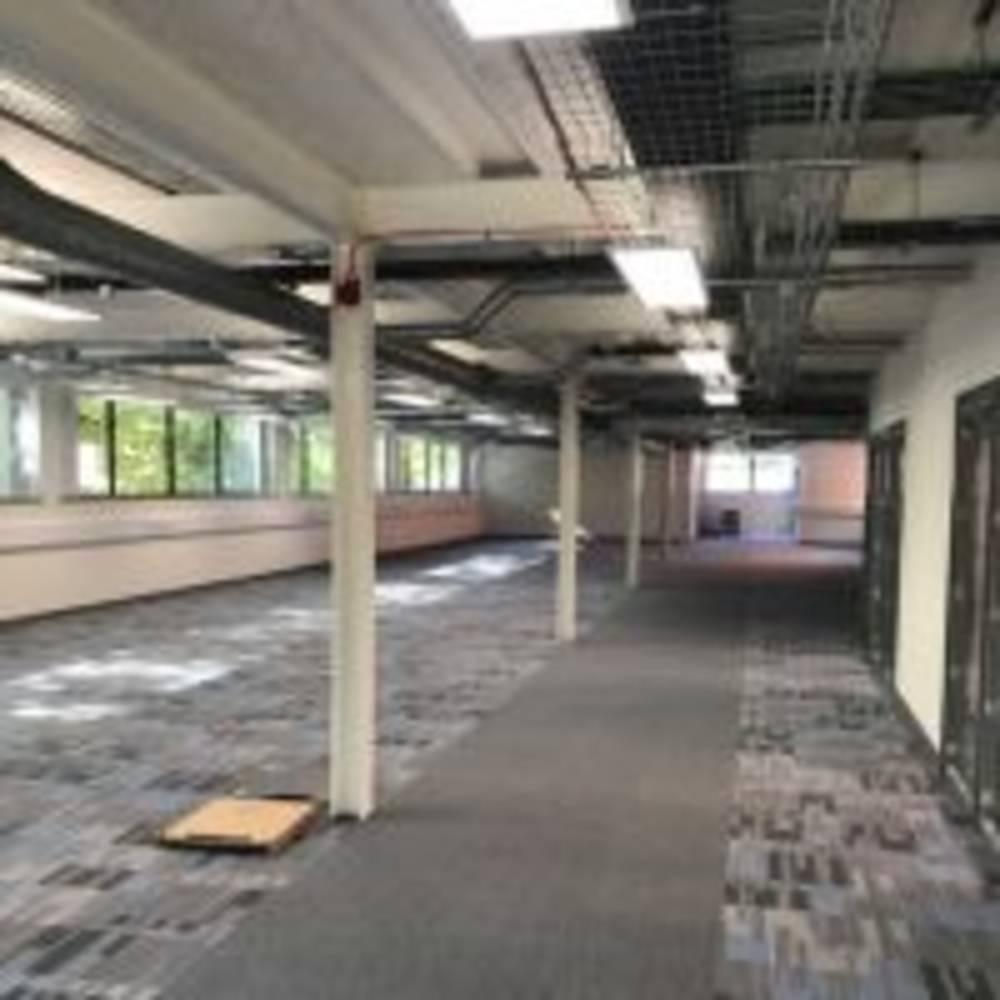 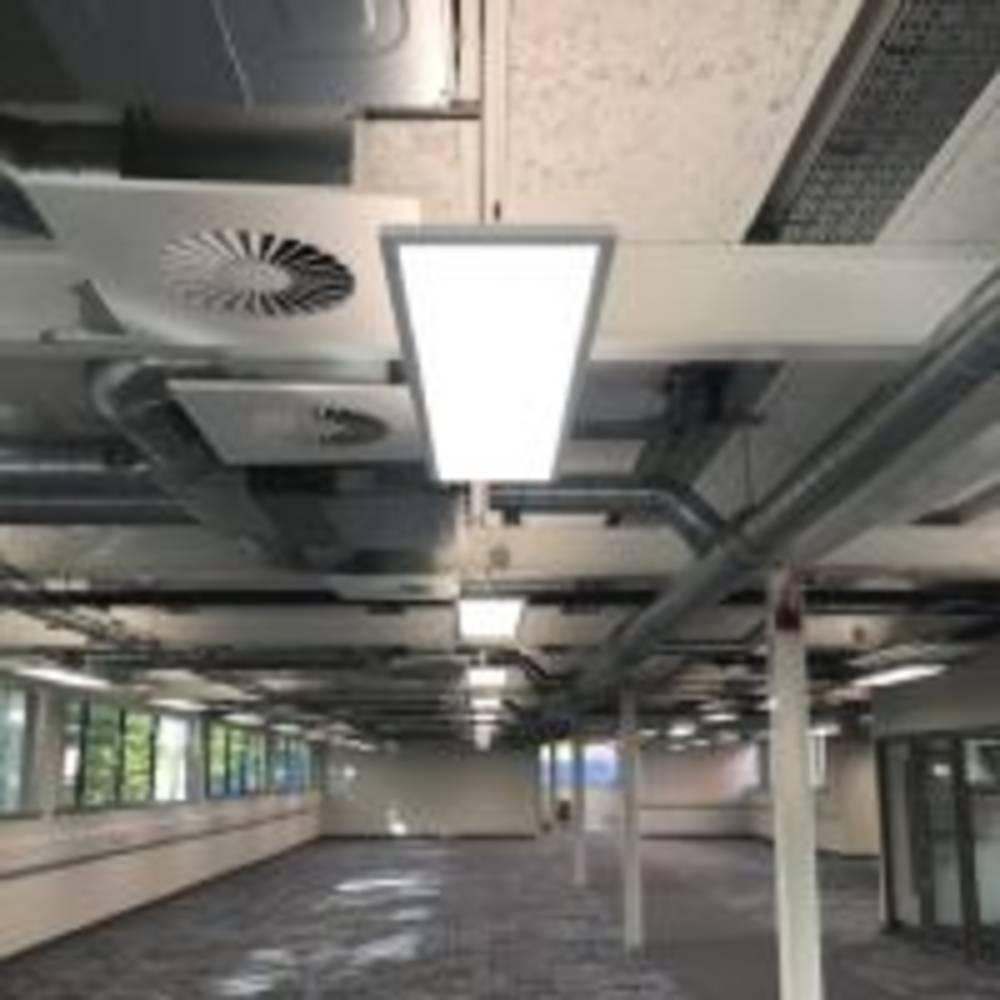 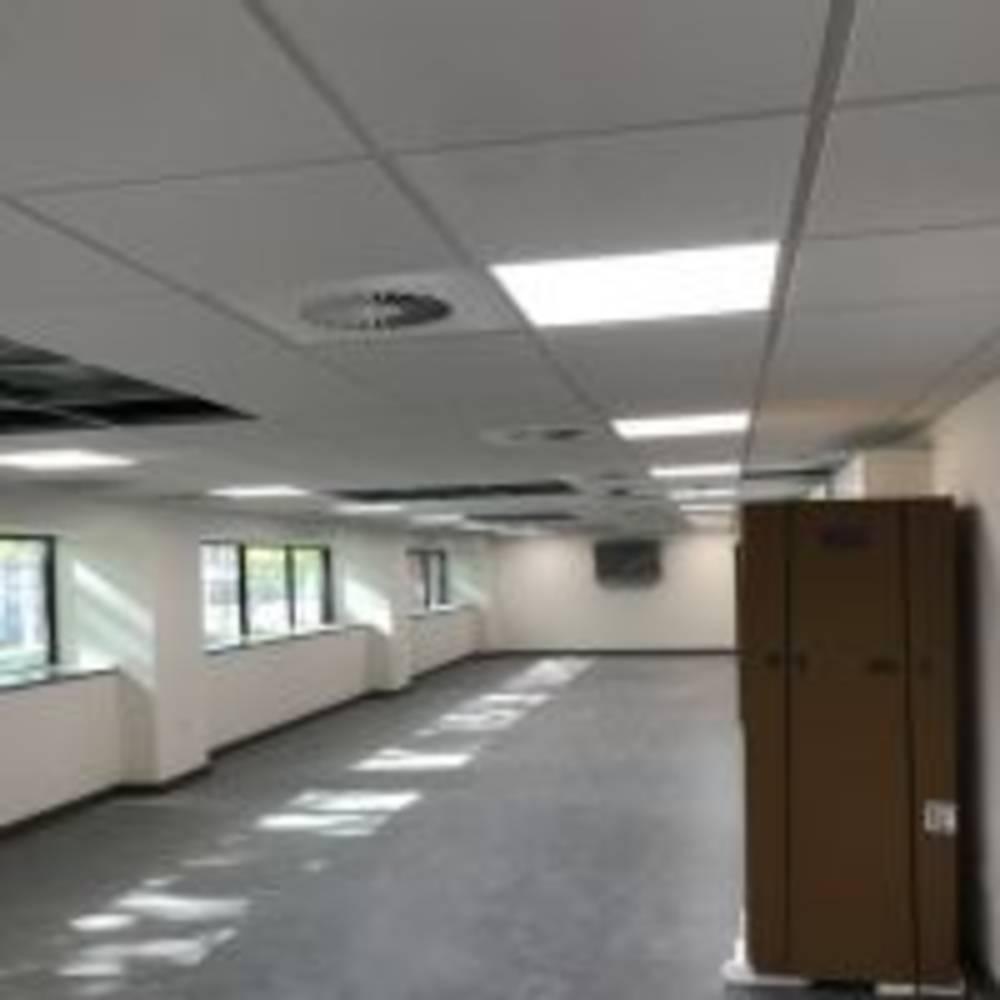 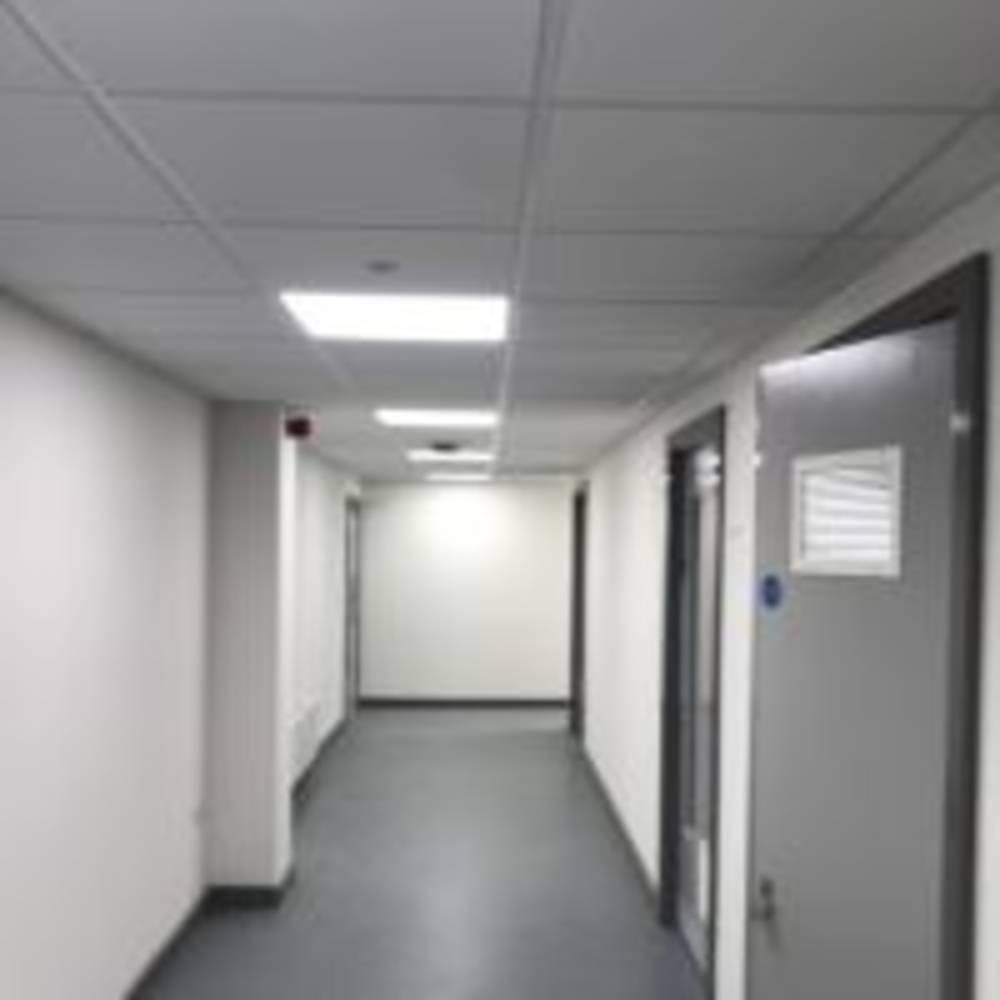 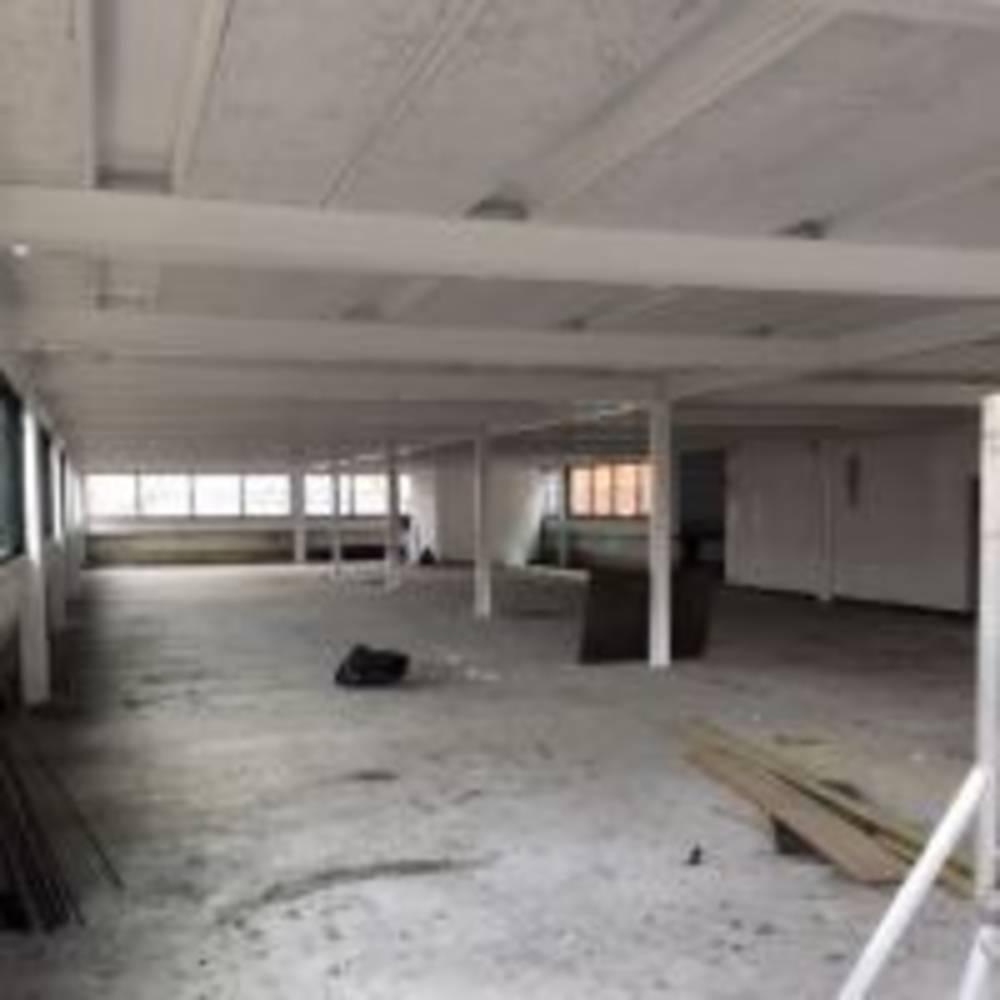 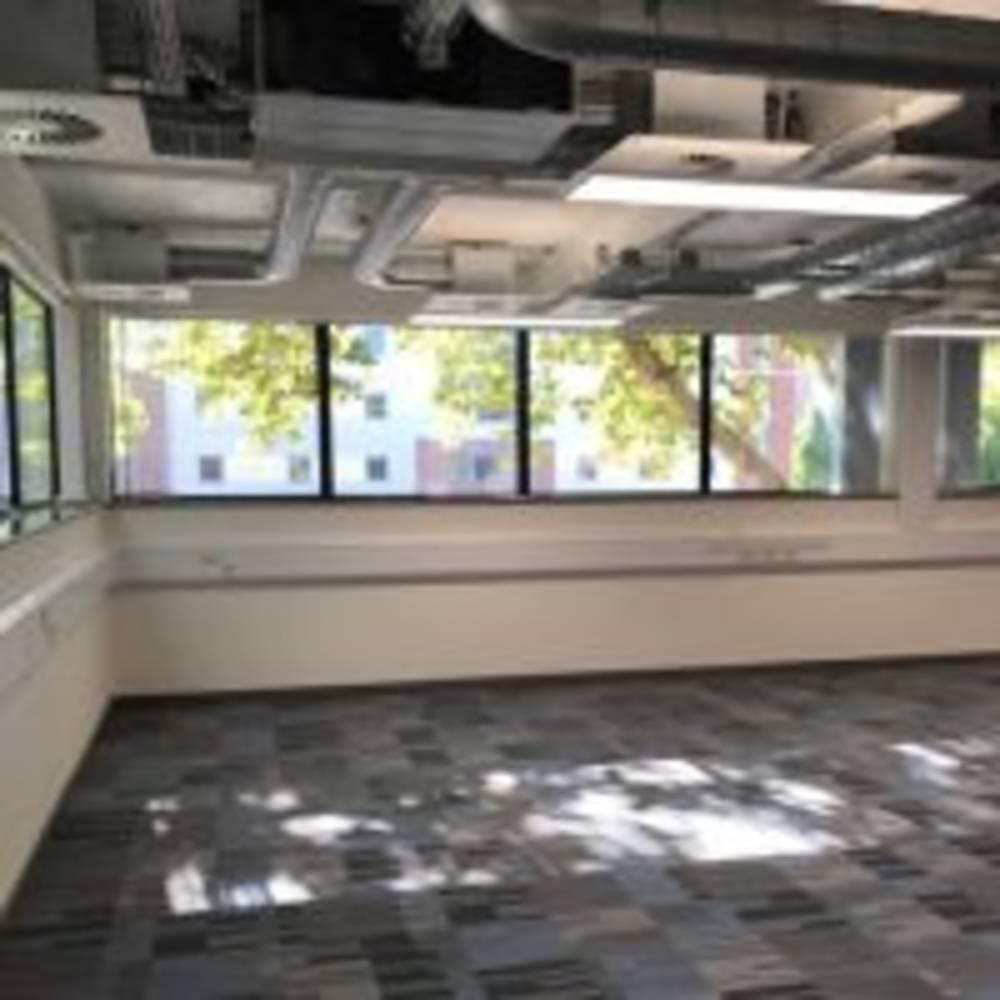 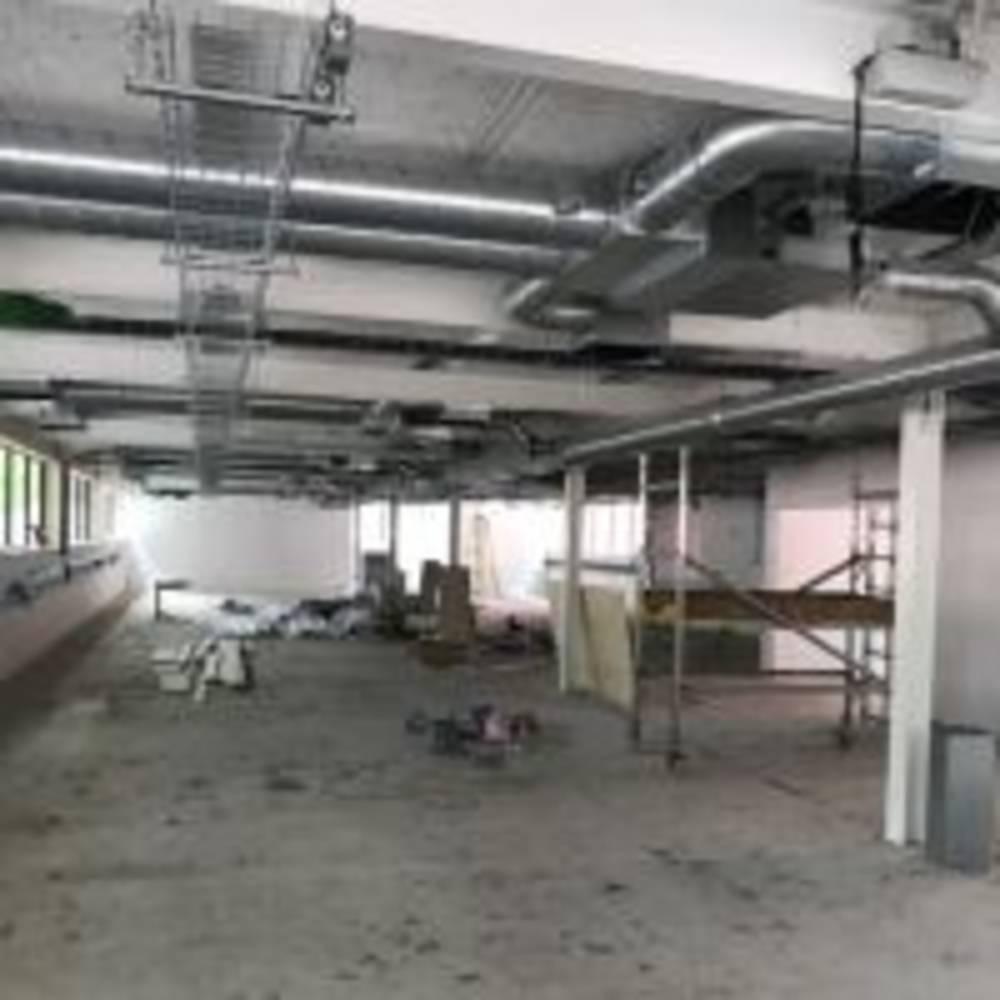 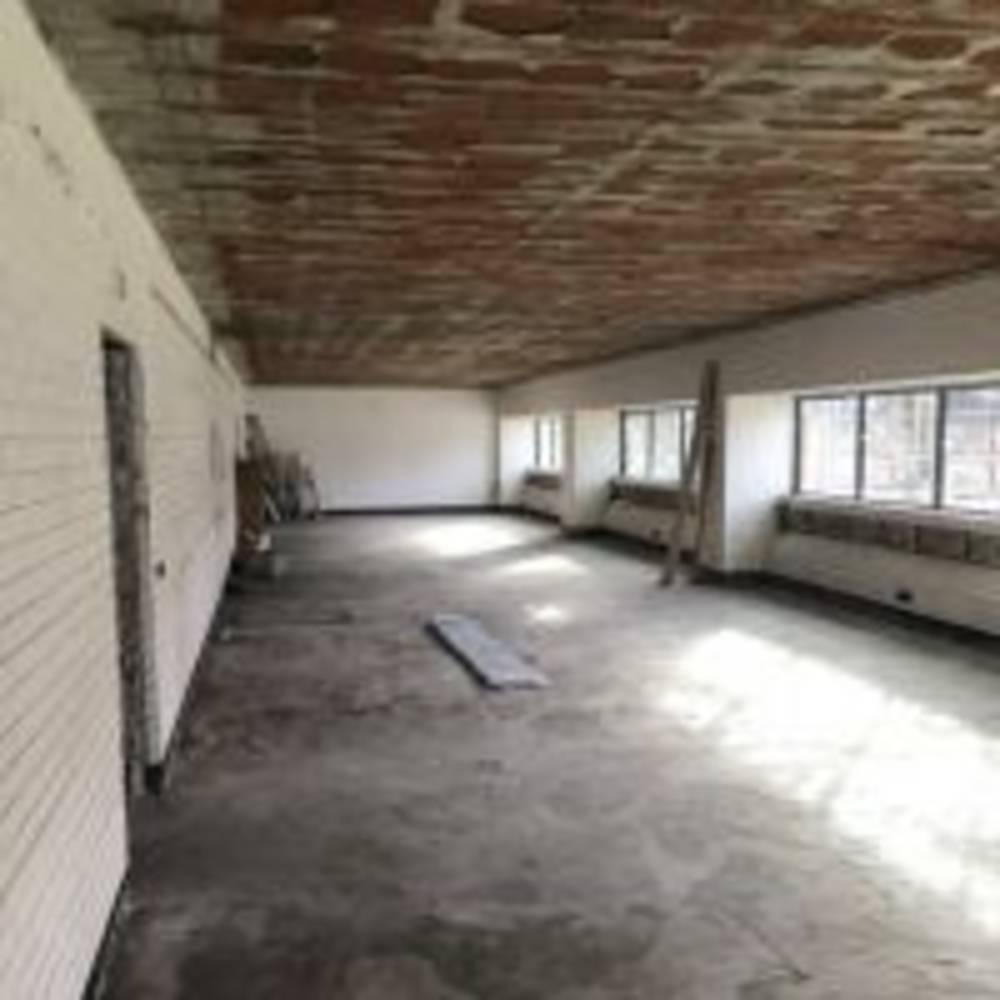 EDI were asked to work alongside a Designer and install Three phase Supplies and General Lighting and Power to this new Coffee Shop.

The Lighting consisted of LED Downlighters as the Main Lighting which were recessed within a black ceiling,EDI Organised for the spot light rims of the new Led Spot lights to be painted Black so these were hidden within the ceiling.

For the seating area the Designer requested Pendents to be fitted accurately over the tables,EDI liaised with Customer to get the optimum height for the new Feature Pendents. 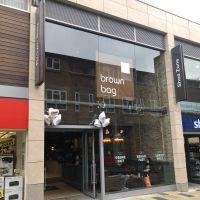 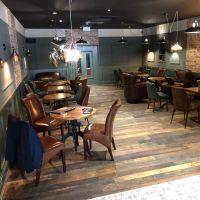 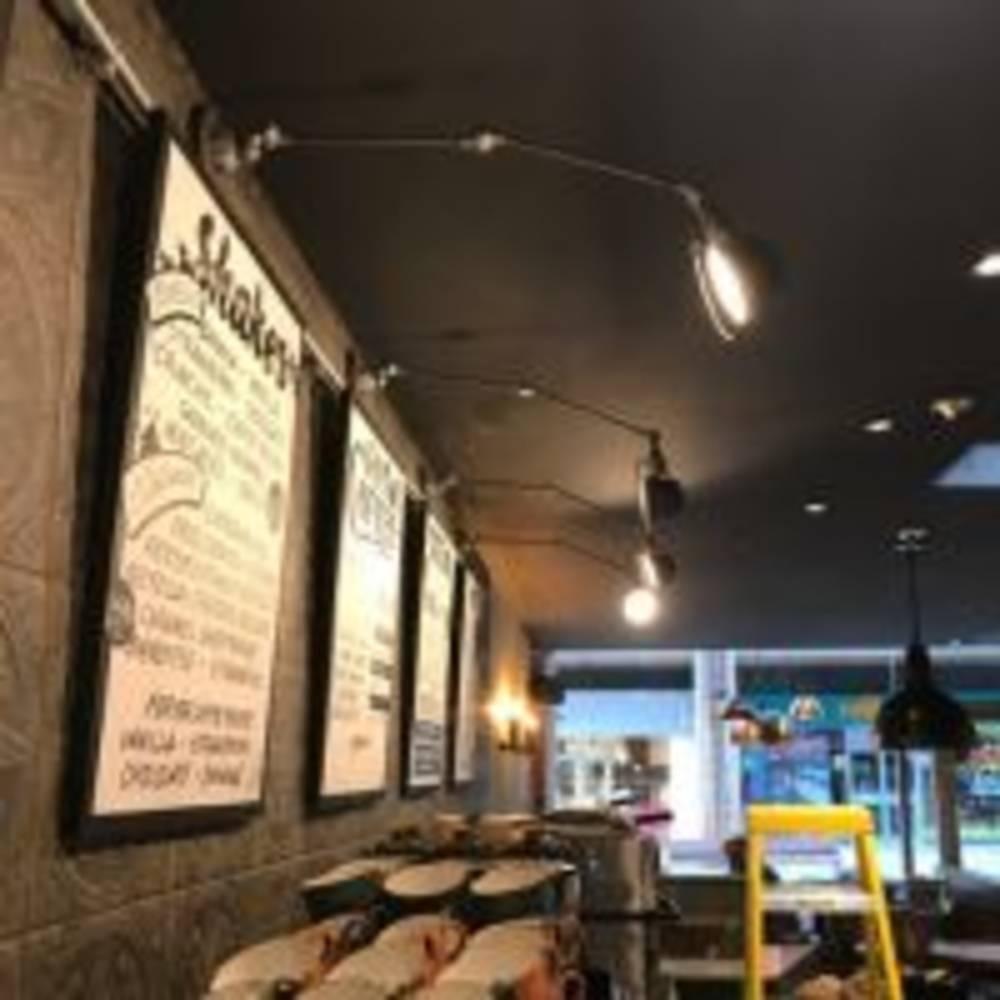 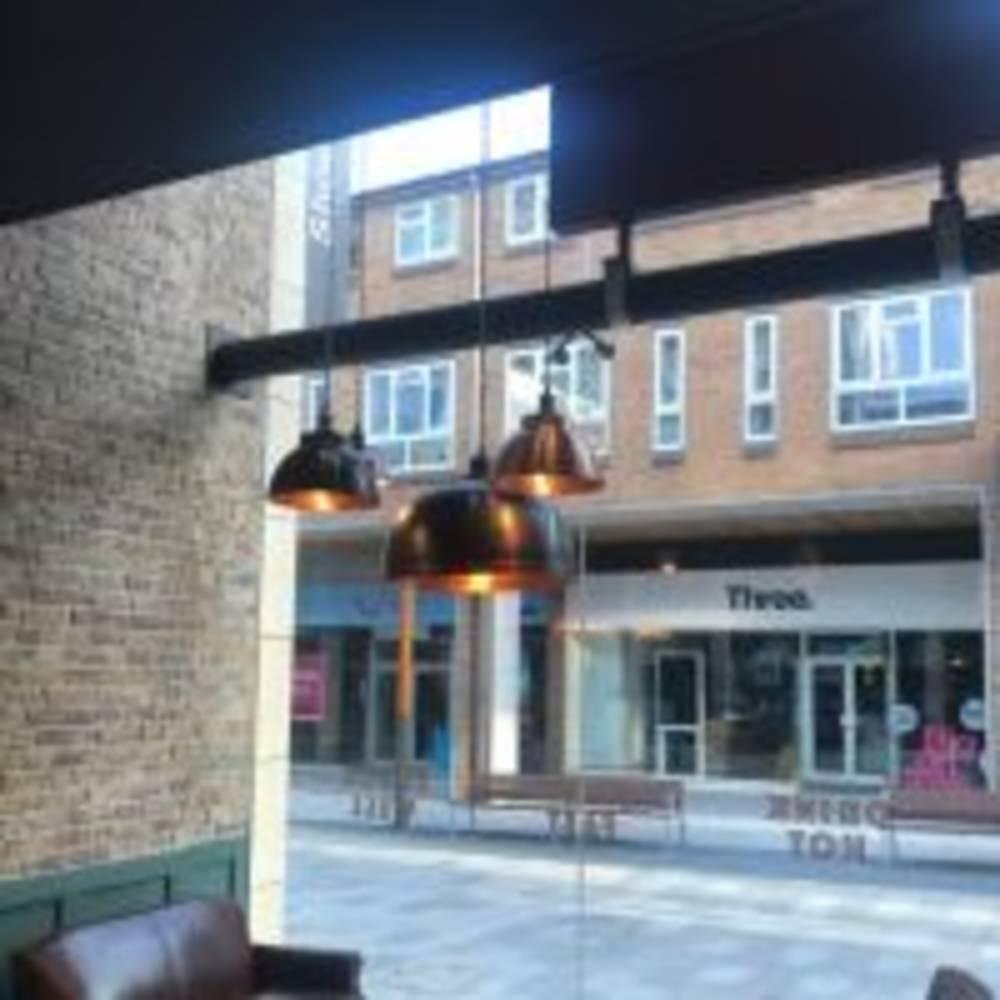 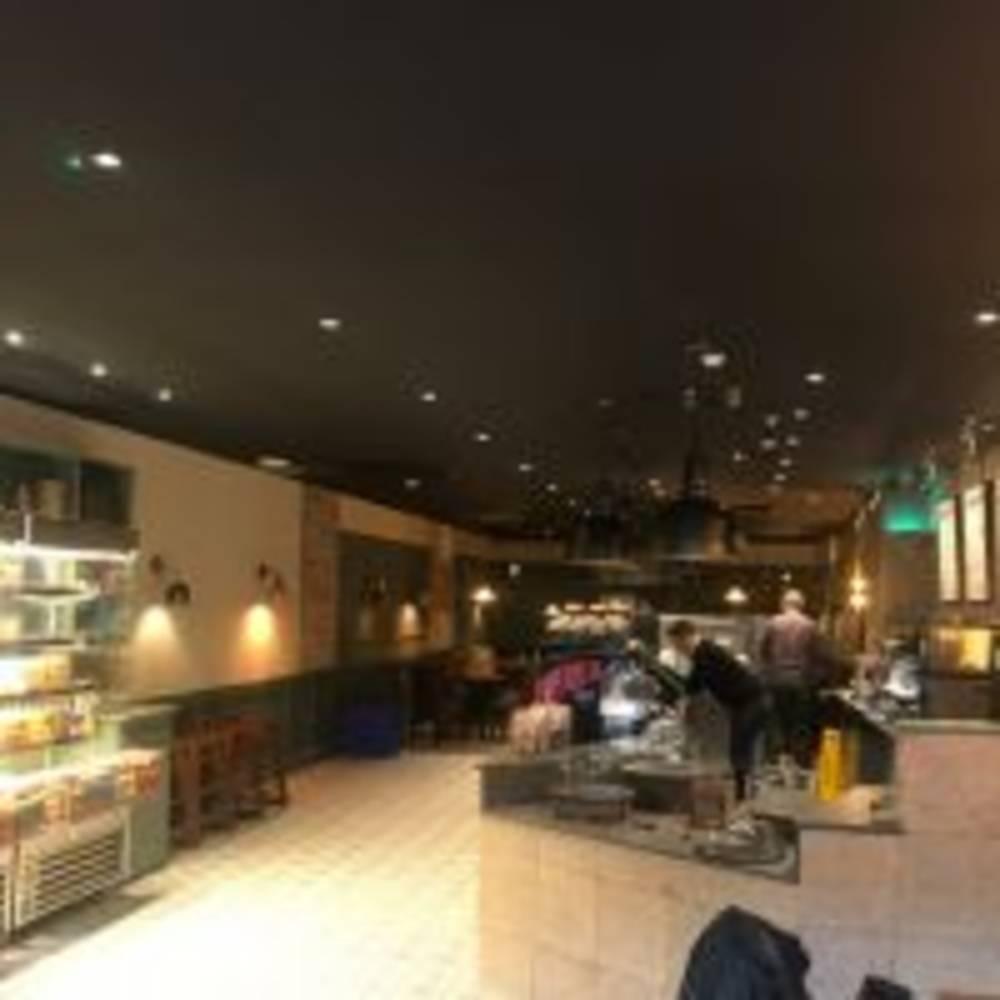 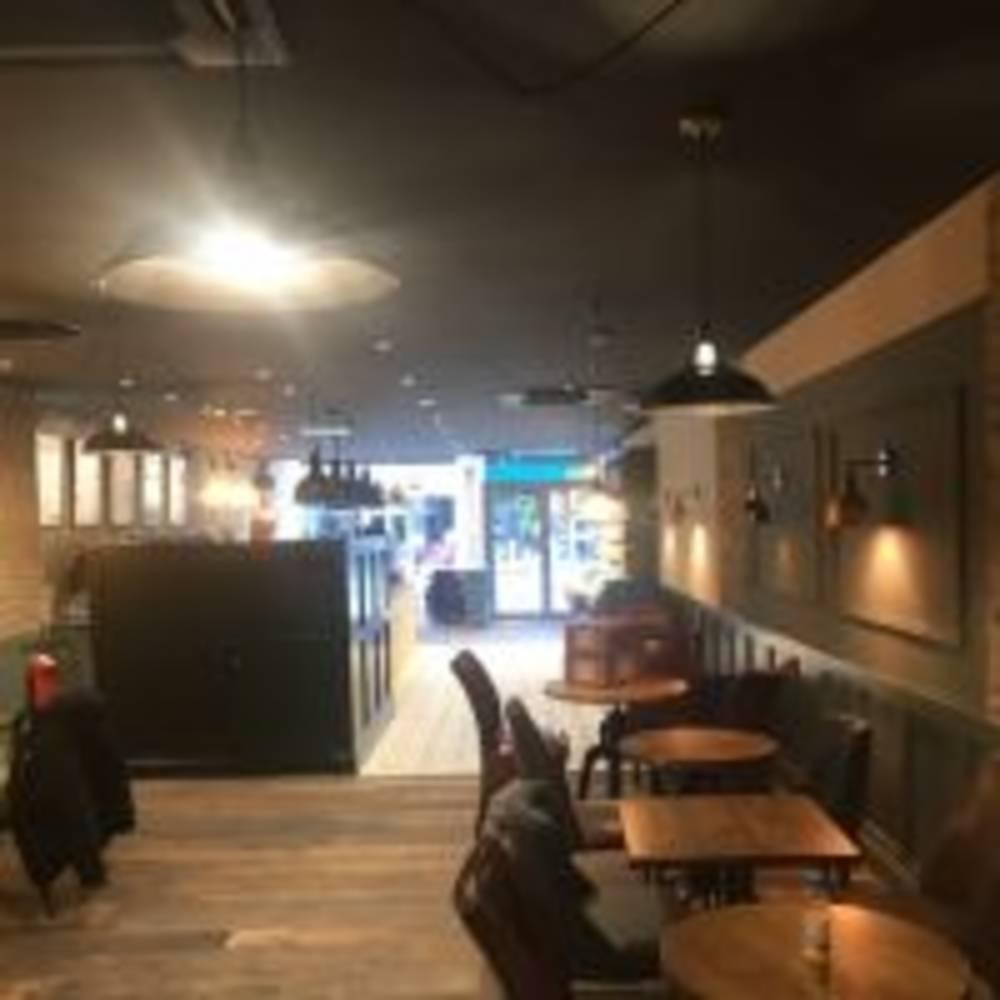